I don't remember anything you said before "rectum" 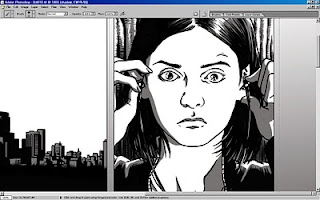 Watching: Family Guy in the gym, but I wasn't really paying attention to it so I missed the punchlines, apart from the one that was basically "look, a black person." That's narrowing it down for you, I imagine.
Terra Nova - one season, ends on a cliffhanger. May as well call that right now.
The latest from technobabble enthusiast Brannon "I fixed Trek, fixed it like a kipper" Braga, Terra Nova is basically a US take on 2000ad's Flesh, with time-travelers from Earth's poisoned future seeking refuge in its past. It's not great sci-fi because it quickly abandons the more interesting concepts and setting for fit people in a lush setting being very middle class and this did not work out well for the BBC with Outcasts - a television series so derivative and dumb that its season cliffhanger was the arrival of Thunderbird 2 - and works even less for American television because it already has all of the components seen here in various places already and I don't just mean in reruns of Earth 2 or aforementioned Outcasts, Dinotopia, etc, but in stuff like Lost, or any number of other tv shows full of pretty young people moping about not getting on well with daddy, which is not euphemism on my part but literally the second half of the episode. While this also marks the second time in the last couple of months I've seen a sci-fi slant on the Jew Hunter from Inglorious Basterds, Terra Nova's problem is less being derivative and more being predictable. There is nothing in the plot you don't see coming and the FX aren't quite up to scratch, but with the obligatory pilot out of the way, it might get better. Well... it can scarcely get that much worse, anyway.
Posted by Brigonos at 9/29/2011 11:38:00 pm