The blog that instills no anger, only disappointment. 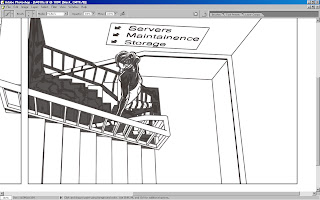 Catching up with Doctor Who via the BBC iPlayer, I can see why it's fallen from favor in recent months: it's become less trashy.
I do not mean 'trashy' in any mean or derogatory sense, I simply suggest this as an appropriate label for something devoid of ambition and constructed merely to be consumed. I like trash. Trash makes up the vast majority of our entertainment and its existence and popularity allows our favorite forms of entertainment to continue because if people won't go see a piece of trash like Scary Movie when it's made just for them, what's the point of taking a chance on a new Scorcese or Mamet flick? Actually, that's misleading on my part - I don't accept that trash is something we must simply endure for the sake of art because I love trash and pretending I can be a snob the day after lamenting the passing of Drop Dead Diva would be a fool's errand. The highlight of my viewing week is probably Hawaii Five-0 and sitting here and writing as such I cannot summon to mind a single virtue in its favor beyond that I like it, but luckily that is all it needs. *
Anyway, trash... the RTD era of Doctor Who was trash, RTD said as much himself when he said that a mere 10 percent of the audience were tuning in every week and the rest were casual viewers and he was unashamed that he was making the telly equivalent of tomorrow's fishwrappers and more power to him, he seems to have done well by it and so has UK sci-fi television. The current era of Who, however, has decided to reward those who watch each week. Surprisingly, people don't seem to like this turn of events where they're assumed to have attention spans and are asked to employ them and have turned on the show like they've actually been personally affronted by basic storytelling practice.
I'm loving it so far, myself. For some reason I seem to have taken a time to say so, but that's pretty much it.
Enjoyed it.