I recall seeing a poor high school production of the Crucible and what I took from it was that whatever the quality of the individual production, there's no denying the quality of the original work - that will always shine through. So too with the animated adaptation of the last truly great Frank Miller comic, Batman: year One, an origin so definitive that DC have only retconned it three times. 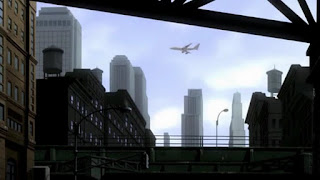 Telling the tale of Bruce Wayne's return to Gotham after his 'travels in the Orient' and subsequent invention of his masked alter-ego, BYO is a great comic book, but it is also a lousy movie. It just does not work, being too literal in some places and too liberal in others when it comes to adapting the source material, with scenes that take up a page in the comic here taking up mere seconds of screentime, characters evilly grinning at the end of dialog so as to give the animators something to do regardless of what this does to the screen presence of the character in question, and on one occasion a character having dialog in the film who didn't speak at all in the comic - the young lady who speaks no English who is on-panel when Jim Gordon interviews Bruce Wayne to discredit him as being Batman is here revealed through her words with Bruce to have been paid five grand to say nothing during the interview - and all this actually adds to the story is that Bruce Wayne likes to pay women to tell people that he is definately not Batman, which to me is a remarkably short-term outlook for someone who plans on people not knowing that he is Batman. 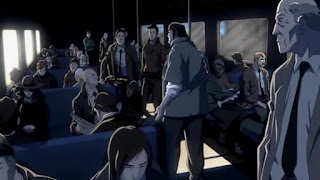 Batman's voice actor is just not suited to the role at all, although Batman here is less than the presence that he is in the comic thanks to the way he's animated. He's also not in it much, and it's hard to see who the story is focused upon, it just has snapshots of different characters over the course of what feels like a few weeks or so rather than a year. Why is Catwoman in this story, for instance? Her plot goes nowhere and adds nothing to the larger story - whatever that might be. 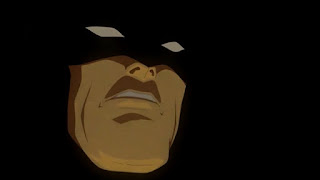 To be honest, I'm not sure this particular story could ever have been a good film as it's been stripmined for ideas by Batman Begins and the cartoon shows so there are no real surprises to be had, and rather than being slavish to the original it might have been better to expand the material and make something more suited to this medium rather than sticking exactly to a script that works - admittedly very well - in another. 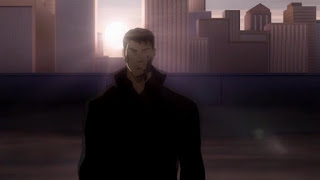 As I said about high school productions, the quality of the source shines through even bad adaptations and we can assume that this holds true even across different mediums, but I certainly wouldn't recommend this to anyone. It's too close to the original story to be interesting to comics fans and too basic as an animation to be of interest to cartoon lovers, it is simply - at best - a workmanlike adaptation that for some reason now exists.
Posted by Brigonos at 10/15/2011 12:00:00 am