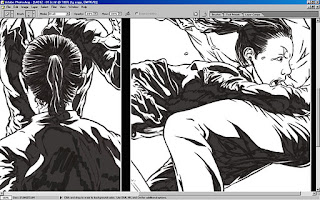 Watching: Hart of Dixie, which is one of my favorites of the new season openers by dint of being hilariously terrible as few tv programmes are since Smallville rode off into the sunset. Remember that Michael J Fox movie Doc Hollywood? Of course you don't, nobody watched anything Fox made after Back to the Future and rightly so, but how about that opening episode of Northern Exposure where it explained about the doctor being stuck in the town being a fish out of water each week? There's probably loads of examples of doctory fish out of big city waters out there, but those are the ones that I can recall and you probably don't need much explaining beyond that anyway. The big city doctor fish basically comes to a southern town and looks down on the locals for wearing jeans while also trying to get big city coffee and freaking out about the countryside having wildlife in it - it's basically the plot to the Hannah Montanna movie, which I assume you haven't watched unless you have kids, are a kid, are a gay man, are a sex register signatory, or are from Venus and watched it as part of your xenoanthropological study of humankind's weaknesses in preparation for the Day Which Comes in which fire shall fall from the sky like rain and the weak shall be expunged so the strong may serve our glorious lizard masters, and having watched the Hannah Montanna Movie and thought it was alright, that day should probably come sooner rather than later but nonetheless Hannah Montanna is the analogue to which I have briefly committed. Anyway, doctory fish woman doesn't get along well in her new surroundings and then delivers a baby and things get better. It's dreadful and I hope it remains so, that I might continue to enjoy it.
NCIS: Los Angeles is an enjoyable panto if you don't want to engage your brain much during viewing, so it's basically an alternative to listening to classical music while you work. this week someone utters the line "he died in recovery" so I think they should probably rename it. Apart from that, I enjoy seeing Linda Hunt gainfully employed, though my main pleasure is derived from the amazingly terrible dialog because "don't hate the player, hate the game" will never get old coming from middle aged white actors. Never.
X-Men: The Return - the latest anime outing for Marvel's catalog of characters, and equally generic and dull as their Wolverine and Iron Man anime outings. Don't get me wrong, they're perfectly alright cartoons, but they're slower and less inventive than the 1990s Marvel cartoons based on the same characters which - while not great - were still bright and eventful and went out of their way to try and entertain you rather than trying really hard to reinforce that these bright and colorful characters are really serious business now even though they are starring in a fucking cartoon about immortal wolf men with metal skelingtons who fight robot zombie samurais. This is the flipside of making cartoons for older viewers - cartoons that are apologist for being cartoons and for being about comic book characters, so everyone looks glum and wears long jackets and American voice talent tries to make directly-translated speech sound something remotely like a human being talking and the end result, even based on some of the ideas from Grant Morrison's New X-Men run, is drab and unconvincing. It also suffers from a bugbear of mine - shitty theme music. It's often overlooked that the theme tune is an integral part of a show's branding, and the Japanese have long known that it's also what gets kids all hopped up and ready for the show itself, hence their condensing of themes and imagery into the opening titles, or having a really pumped-up theme to get the kids hopping around like loons even before the flashing lights activates their epilepsy. It sets the tone for what will follow, and the Marvel anime offerings have generic, pointless and unexciting themes that anyone could have run up with some pretty basic music software.
X-Men: The Return is not great.