I did it first and that's why you're doing it now 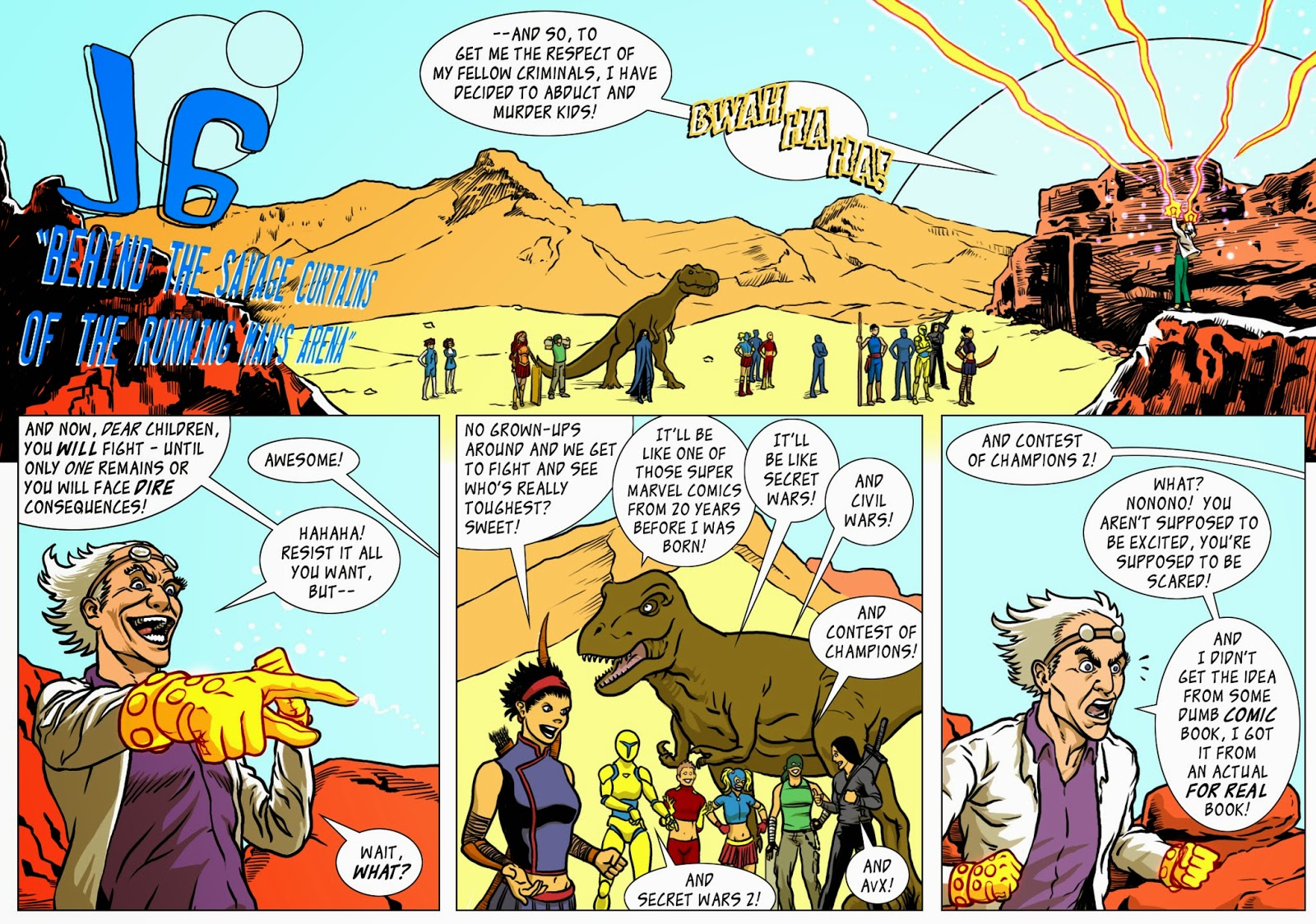 Although I've finished with the pages I sent off as samples, I continue posting regardless and today begins another J6 strip.  This one's an "arena" type story where characters get dumped in a place to fight other characters for "all the marbles" on some flimsy pretext, and it was inspired by Marvel's Avengers Arena comic book, which sounded okay at the time but in practice spent its first issue apologizing to the readers for its own premise, which it then didn't follow through on.
Although it cannily cultivated fan outrage at the premise while it was ongoing, it wasn't actually a particularly odd duck of a comic, being no different from other mini/maxi-series published by the Big Two, as DC did a more or less identical miniseries called Salvation Run a few years earlier, and Ultimate Spider-Man had a near-identical story arc in the mid-2000s, but I did like AA for being so openly a product of editorial mandate rather than creative teams making a pitch, and even if this did kind of betray very early on that we wouldn't be seeing the deaths of any characters beloved of editorial (like X23 or Runaways), it does at least help underline that when you're making comics on Marvel's level - especially something under the Avengers brand - it's a product first and foremost.
Martin Gray has some good reviews of the series over on Too Dangerous For a Girl, should you be curious to know more about it.