J6 is a pitch I made to the Phoenix, but nothing came of it so I thought I would avail myself of the chance of some uncomplicated blog filler by breaking the pages down into dailies and running them for a month or so instead of the usual screen grabs.  Because I really am that lazy. 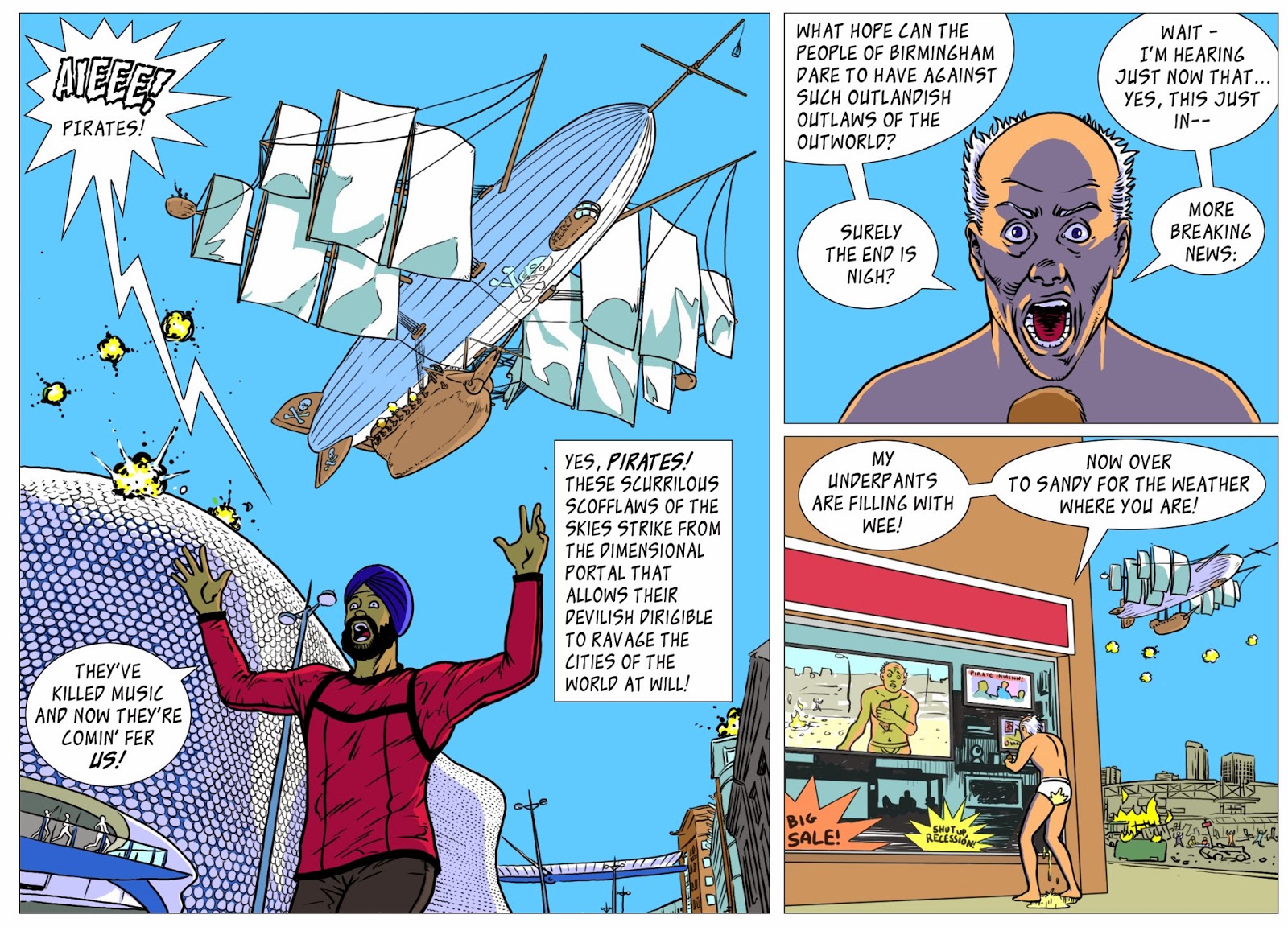 On the plus side, putting work out there did at least get me to sit down and figure out where I needed to improve (anatomy, colouring, stronger opening scenes, better-establishing new characters faster, less hatching, etc), so it was literally back to the drawing board for this pitch, but the basic premise will remain the same as in the proof-of-concept pages I'll be running here: a family of six from a working class estate in Birmingham deal with strange occurrences and the occasional crime. 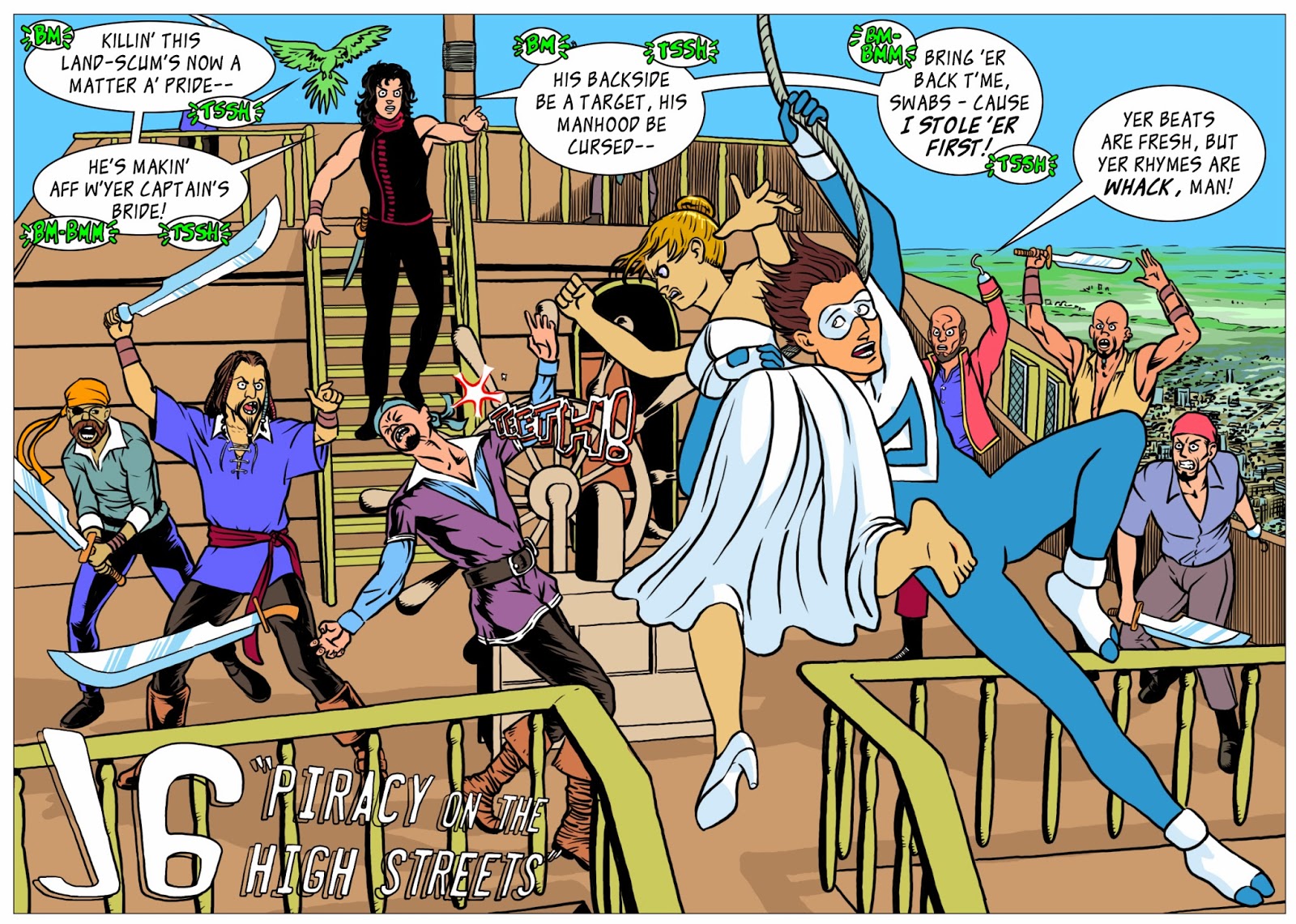 It's all-ages stuff so despite the odd dip into potty humor there's no swearing, no graphic violence, no screaming "NOOOOOO!" into the rain, and no sexual violence of any sort - which I imagine would be the real deal-breaker for the average superhero fan and those very, very odd people who find their way to the blog via some disturbingly specific search terms in the old Google there, but I assure you the intent was not to subvert any genres or expectations, it was just to do a silly superhero strip in four A4 pages' worth of space, because when I first sat down to do a pitch worthy of a kids' comic, my first thought was "what genre is unashamedly for children?" and "superheroes" was the first thing that popped into my head.
There are only three stories' worth, so if you absolutely hate it (you are apparently not alone) it shan't last very long and the tiresome business of me shouting at the wind because of some sub-par episode of a teenage drama I watched that morning shall resume soon enough. 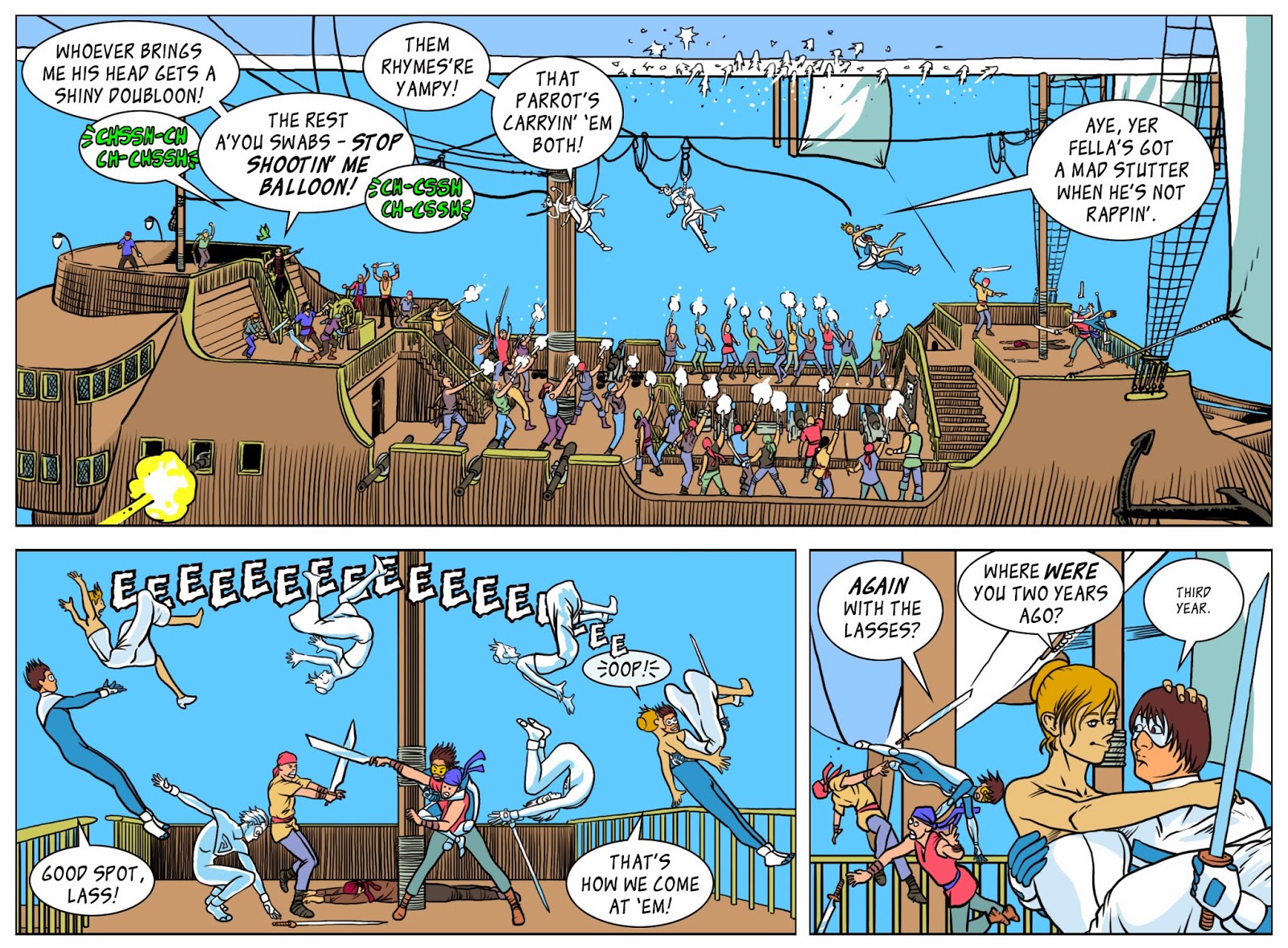