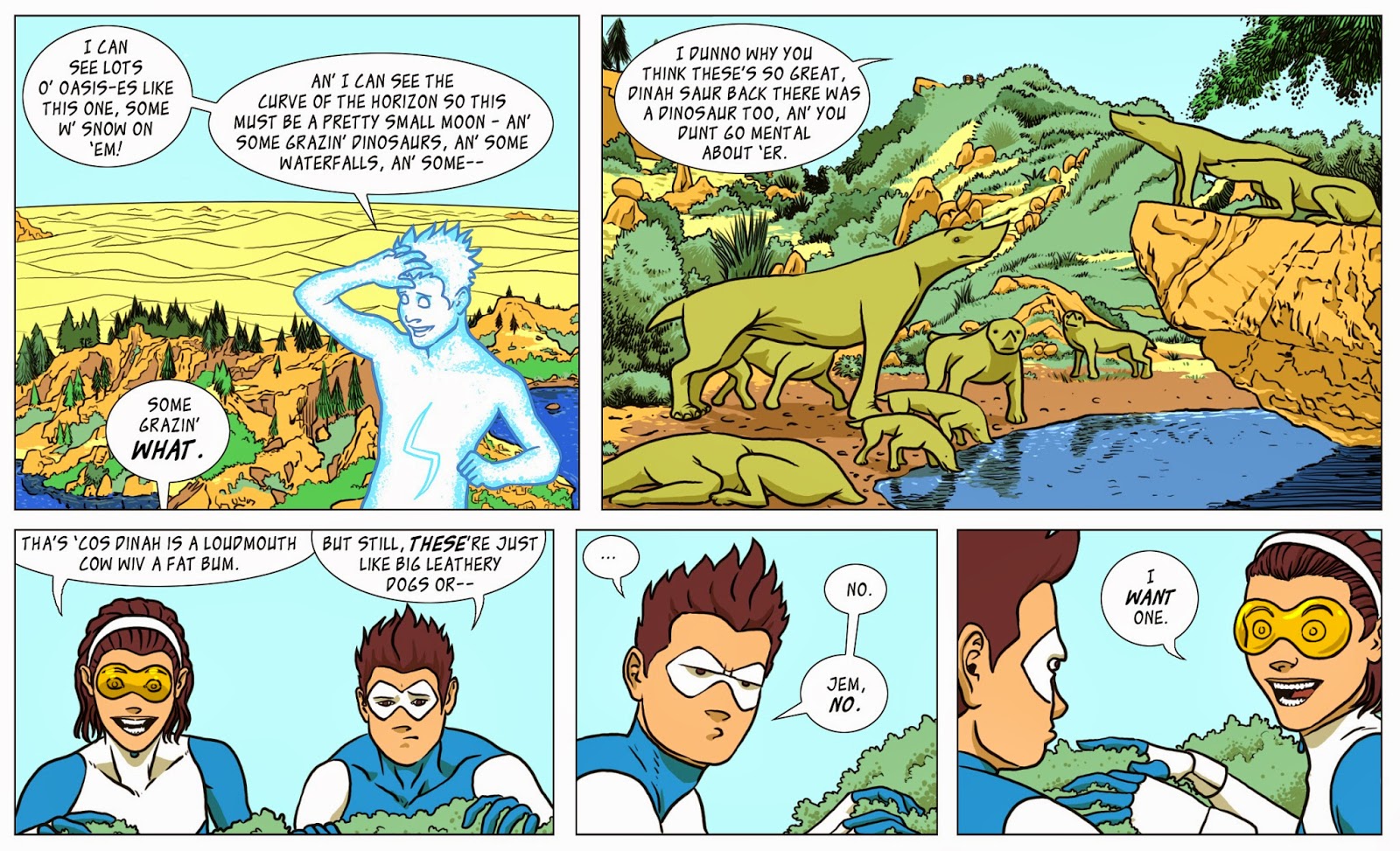 While it still looks lovely, I don't recall Grant Morrison's and Rian Hughes' Dare being quite as adolescent as it seems to be to these jaded old-man eyes, but in my defence, when I got around to reading it I was 13 and its primary audience.
Nestling in the pages of the Rian Hughes-centric Yesterday's Tomorrows collection of the artist's comics and design work - a beautiful-looking object and no mistake - I recall reading somewhere that it was Morrison's rebuttal to the idea of a gentleman upper-middle-class type adventurer as beloved of a certain generation of schoolboys, but that rings hollow for two reasons:
1 - Morrison didn't have any problems at all with the upper classes adventuring and oppressing the weak when he wrote superhero comics for DC for 30 years in adventures aimed at a specific tier of white, male, middle-class North Americans, and
2 - Dare eschews the class system in favor of the more pantomime-y good/evil dynamic, its nods to the class system being little more than parading out some cartoonishly noble Northerners struggling against The Man.
As well as Dare's 4th form political posturing, there's also Really and Truly, a Morrison joint from the pages of 2000ad that I am going to go ahead and assume got commissioned because of the art.  Hughes really didn't get a good script from Morrison during their 2000ad tenure and I wonder why he didn't plump for the more energetic and fun Robo Hunter outings as a showcase - Morrison's name being worth more in terms of attracting the casual comics reader happening upon the book, I imagine.
Posted by Brigonos at 3/18/2014 02:19:00 pm