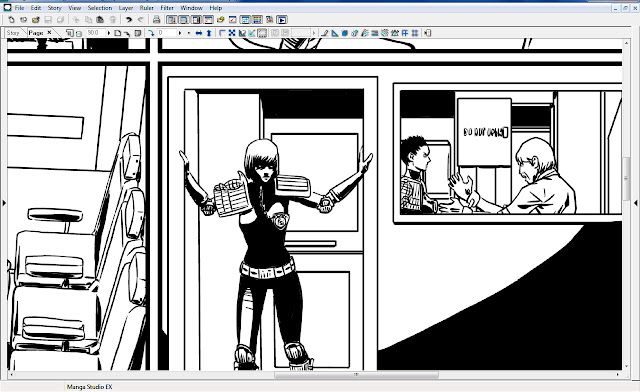 More Twilight Zone-y goodness - SPOILERS FOR A FIFTY-SIX YEAR OLD TV SHOW FOLLOW:
I Shot an Arrow into the Air is the "our rocketship got lost in space and we crashed on some planet or asteroid that has a suspiciously breathable atmosphere" story and it has just the twist you'd expect it to have, but as ever the tale is in the telling rather than gimmicks, and the story wisely concentrates on being about a cowardly, murderous crewman picking off his crewmates in order to make supplies last longer on this suspiciously Earth-like planetoid on which they find themselves marooned without hope of rescue.
The Hitch-Hiker - the tale of a woman driving alone who keeps seeing the same lonely figure trying to hitch a ride, no matter where or how far she drives.  It meanders a little, but the twist is solid, as there's some doubt where it might be going as you probably think it's a more obvious twist than the one they go for.
The Fever - too comical to be convincing, this, for me, is probably the first outright turkey of TZ's premiere season.  The story of an uptight skinflint who accompanies his wife to Las Vegas on a free flight and who succumbs to the gambling bug and blows all the couple's cash on a one-armed bandit that begins to follow him around, eventually causing him to fall out a window to his death.  Not great.
The Last Flight - a WW1 pilot lands his plane in the 1950s after passing through a mysterious cloud while deserting a comrade in the midst of an air battle.  When the people of the future tell him his comrade made it out alive, the pilot can't believe it was possible to survive such odds - at least, not without help...  A solid take on the predestination paradox plot, as usual TZ buries the quirky sci-fi in a more accessible allegory, in this case the story of the cowardly pilot's redemption.
The Purple Testament - a soldier sees the mark of death on the faces of those of his comrades who are about to die and starts to lose his marbles.  Eventually seeing the mark on his own face, he glumly accepts his fate and boards a jeep driving towards a road rumored to be littered with mines.  I didn't really get along with this one, as it didn't seem to be going anywhere in the end, and the main character just accepting his coming death seems kind of daft, especially as it means taking someone else with him when he goes.  An okay episode, I guess, but this is the TZ equivalent of landfill.