Can't a man eat a giant cheese wheel in peace? 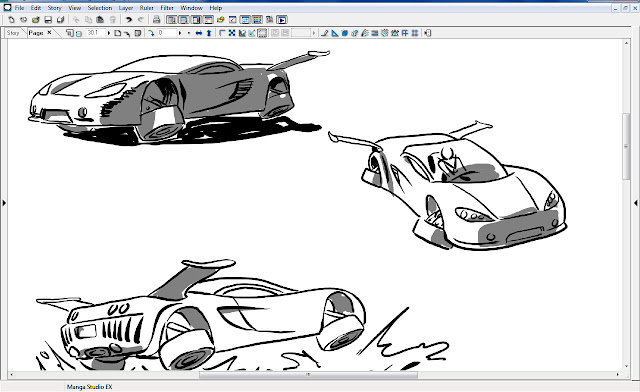 Watching The Twilight Zone, I must say that I quite miss short stories that don't end with a punchline that's a black joke upon the lead player.  Whatever was so terrible about happy endings or lessons being learned that they became so rare, I wonder?  Almost every short story I draw seems to be one of those OH NO THE MONSTER IS ME type things - not that this is a criticism of any scripts I have worked upon in case you're reading this, depressingly long list of writers with whom I have collaborated over the years.
At the sketching/concept art stage of several projects before they all kick off in the near future, probably next week, so back to more waffling about the atterly shackin volume of television I watch in the average week and more bafflingly obtuse screen grabs of which you most likely never see anything of the end product.  Oh lordy I do so need to make a plan...
Posted by Brigonos at 10/16/2015 10:32:00 pm