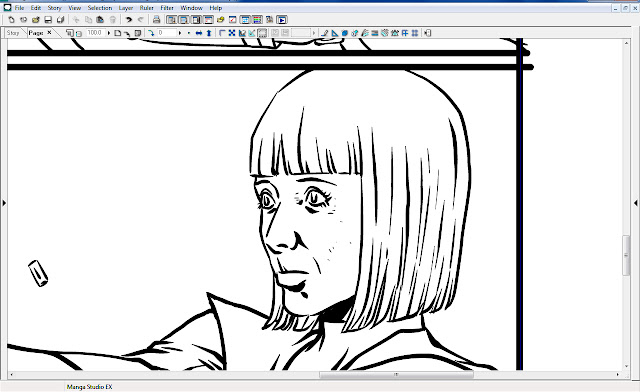 I suppose I do have an opinion on Star Wars: The Force Awakens, seeing as I have - like many - been waiting the better part of three decades to see it, and it certainly looks like a JJ Abrams entry in an existing sci-fi franchise going by the trailer alone, as what can be gleaned from it simply by looking seems to include a youngish person on a desert planet joining up with an old man from the previous trilogy to go on an adventure in the Millenium Falcon before running afoul of white-armored  stormtroopers who can't hit a barn door led by a black-clad evil Jedi, then some general stuff like X-wings in a battle with TIE Fighters against a backdrop of some kind of huge trench, the youngish person crying over what looks like one of the older characters taking a nap in the dirt in the same locale as we see them encounter the evil Jedi character - I mean, it's all very grandiose-sounding, and as you would hope of something that cost 200 million dollars to make it looks very nice, but is also very familiar and self-referential in the same way JJA's work on the Star Trek reboot was, and we know how that ended up.  Say what you will about the prequel trilogy, but they went their own way for as long as they could before everything had to connect back into the original films.
I am sure it will be just fine and dandy, mind.  I'm sure this will be at least as good as JJ Abrams' Star Trek, and not in any way as terrible as JJ Abrams' Star Trek Into Darkness.
Posted by Brigonos at 10/21/2015 12:40:00 am