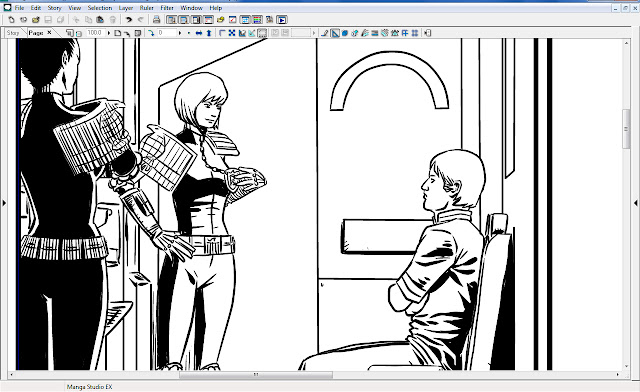 Back to my Twilight Zone watching, if you don't want the endings to episodes of a 56 year-old tv show ruined for you, best read no further, but if you're one of my fellow small pressers and you're stumped for a short story idea, you can do worse than read my shite:
Perchance To Dream - a man visits a psychiatrist and insists that if he falls asleep, he'll dream that he dies and will thus die in the real world FOR REAL.  Driven paranoid by lack of sleep, he throws himself to his death through a window after a couple of minor coincidences, and it is revealed that he was dreaming his entire session in the psychiatrist's office, having fallen asleep the moment he lay down on the couch.  This was a twist that came across as a bit comical in practice, but the episode was entertaining enough.
Judgment Night - a guy with no memory of how he got aboard but who has a German name and a German submarine officer's uniform is on a British freighter during WW2 that's being stalked by a submarine.  Yes, the twist you're thinking of is the twist that happens, but it's played very well right up until its natural end point where the sub's first officer announces "I worry there's a special kind of Hell for men like us" but keeps going for about two minutes anyway, really hammering the thing home to the point it risks becoming parody.  A decent episode, but nothing special.
And When The Sky Was Opened sees an astronaut trying to convince his best friend and co-pilot that there was a third man on their manned space flight.  It's a typical "people are forgetting I exist" plot, that ends with the expected twist of the main character disappearing as well.  I am not sure the science holds up, and the drama is of the hysterical type where the actor(s) work their character into a lather until they're screaming, which I find gets old quickly.
What You Need is one of those episodes that centers on an unlikely series of events putting someone in the exact place at the exact time to meet their maker, but it's not as well-constructed a series of events to get them there as it could be, essentially rambling in the second and third acts as it puts a panto villain center-stage to get his contrived and unconvincing comeuppance because of, I dunno, hubris probably.  Not great.
The Four of Us Are Dying is another episode that centers on an unlikely series of events putting someone in the exact place at the exact time to meet their maker, only this time it adds a central character who has the ability to change their face to resemble anyone they've seen in a photograph, right down to changing their voice to perfectly match the person in the photograph, apparently.  Also not great.
In Third From The Sun, some blokes escape a nuclear war on a rocketship and head for a new planet that's called Earth.  That's it.  A warhorse of a plot/twist this one, I have a suspicion that this might be the sci-fi writers' equivalent of The Aristocrats, as it's in the telling rather than the twist itself that we find our entertainment, and as tellings go, this one plays a decent shell game by concentrating on the intrigue of getting everyone on the rocketship in time.  A pretty good episode, although right at the end when they're talking about it being Earth, they don't seem terribly enthused about selling it as a twist, making me think that it was a warhorse even in the 1950s.
Posted by Brigonos at 10/28/2015 12:42:00 am