A 2AM dance-off? There are no winners. 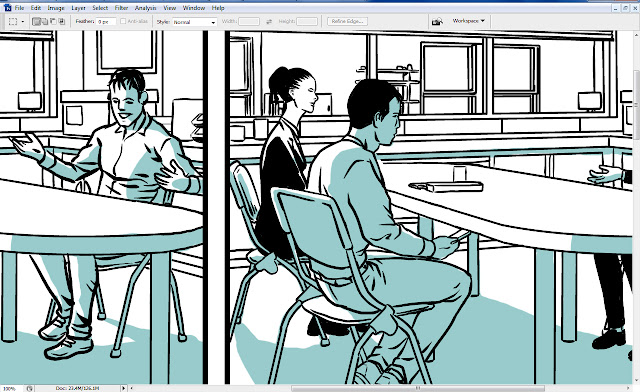 I'm blogging again, which is a mixed blessing because it means that the paying/indie press work has dried up - kind of like that parable in the Bible about how when you masturbate it makes Jesus so angry he strangles a kitten?  It's give and take is what I am saying.  Possibly I should just have said that instead of the masturbating Jesus kitten strangling metaphor.  I don't know.
Watching: Falling Skies WHY AM I STILL WATCHING THIS?  Jesus kittystrangling Christ, it is just terrible - every time I try to review it, I just end up citing tropes it has recycled from decades-old sci-fi shows, and it makes me sad that all I can bring to the table is negativity, because this is still a significant creative undertaking for which a lot of talented people have made a considerable effort to construct sets, assemble the cast and film the story, and yet it is all for naught because so little has been invested in terms of effort or respect for the audience when it comes to the stinking, lowbrowed mess of a script, and rather than commend those that realised this edifice of popular culture for their efforts, all I can say is that I think that all involved deserve to be pissed upon and then set alight.
Graceland - a moronic, infantile show that I have never watched sober, I fear Graceland - a tale of hot undercover twentysomethings infiltrating the glossy world of organised Los Angeles crime - may not be an entirely accurate portrayal of law enforcement, but its dedication to glossiness and thin, easy-to-comprehend characters and motivations does at least have the advantage of distracting me from thinking about death.
Scorpion is a show about an elite team of crimesolving geniuses led by the incredibly unlikeable Walter O'Brien, a fictionalised version of a real-world (self-proclaimed) genius, and while the premise oozes a retro charm tying it to many televised forebears, the modern presentation and reliance on cynicism without self-awareness tends to make me think that (1) the makers are not quite as confident about their television product as they would have us believe and a significant portion of what we are viewing is rote act-mandated plotting resulting in it rarely - if ever - peeking above the parapets of competence, and (2) that we are but a conflation of the preserved thoughts of others, housed within a temporary material frame.
Posted by Brigonos at 10/01/2015 11:47:00 pm

Labels: screen grabs, television that doesn't make you dumber but makes you feel dumber because you're watching it, waffle