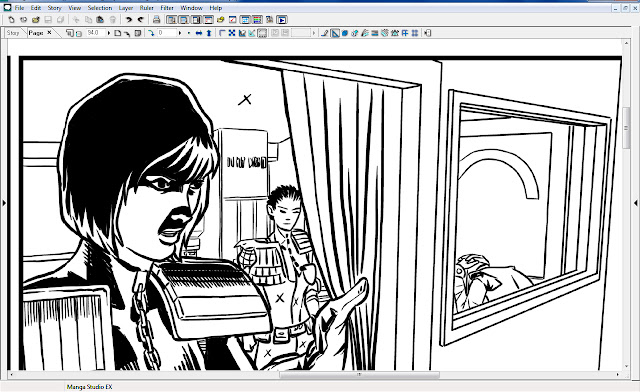 From the original novel, the latest film adaptation of Z For Zachariah changes the setting, the age of the protagonists, the personalities and relationship between characters (and thus the story), adds another character, discards the ending - I imagine there's a good chance at this point you're thinking "in which case why adapt the book at all?  Why not make your own entirely unrelated film?" and I have no answers for you there, beyond perhaps the observation that director Jake Paltrow already made this movie a couple of years back and putting the name of a property that predates that movie on this one helps avoid uncomfortable questions.
The whole thing goes absolutely nowhere, seeming to set up multiple strands of narrative that remain both unexplored and unresolved.  It reminds me most of all of one of those admirably competent fan movies based upon Hunger Games or the like that have no resolution, they merely depict some events occurring within the fictional world and then end.  That, I think, adequately sums up the experience of watching Z For Zachariah.  The acting is a bit over the place, with Chris Pine's Caleb - yes, there is a character called Caleb in Z For Zachariah now - eliciting actual laughter from me on two occasions, and I suppose it's nice to see Margot Robbie in something before she becomes overexposed as the sexed-up version of Harley Quinn in the Suicide Squad movie and I can never look at her in anything else ever again without my teeth grinding together.
Posted by Brigonos at 10/23/2015 01:27:00 am