Ah, lettering... when hideous errors in composition and choice of line weight become all to glaring - after the page is finished. 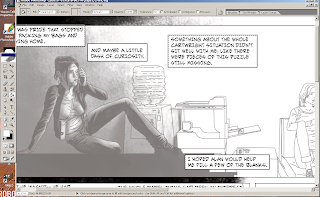 Thinking: The Punisher rather famously (in comics circles, so it's a relative fame) punched a bear in order to escape some of the usual cliched mafia hoods in Welcome Back Frank 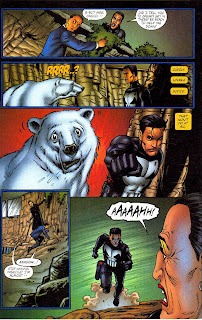 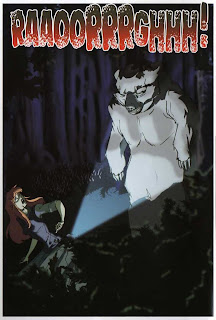 Nancy fucking Drew, that's who.
I've lamented that the proto-Nancy of the pre-1970s stories doesn't seem quite that great a feminist icon now I'm actually making an effort to invest some time in reading the books, and after the 1970s she tended to be involved in more overt chases where she was running away from danger, getting chloroformed or otherwise overpowered and tied up in a cupboard or something, but the Stefan Petrucha/Sho Murase 'manga style' (read: little backgrounds, static talking heads, blunt dialogue) graphic novels beginning in 2005 decide to redress the balance by having Nancy straight-up beat the shit out of a bear in the very first chapter of the debut adventure, The Demon of River Heights. And just in case you doubt how badass Comic Book Nancy Drew now is, her internal narrative (because comics after 1984 that's why) helpfully clarifies that not only does she left-hook a grizzly, it's merely a setup for the shoryuken. 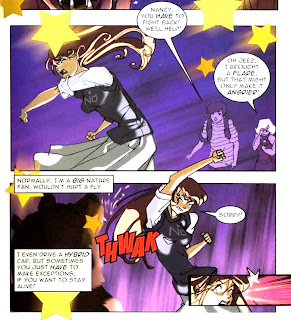 "wouldn't hurt a fly" - that's right, not just getting medieval on his furry ass but feels sorry for him. She then tells stalwart companions and probable cockblockers (Nance seems to be a regular visitor to her college boyfriend's dorm) George and Bess to make tracks at the same time as rubbing salt in the grizzly's wounds 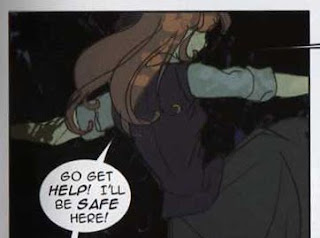 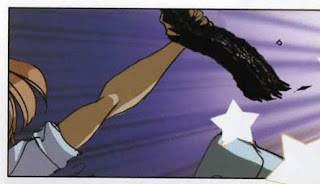 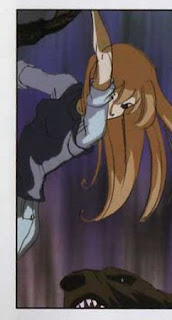 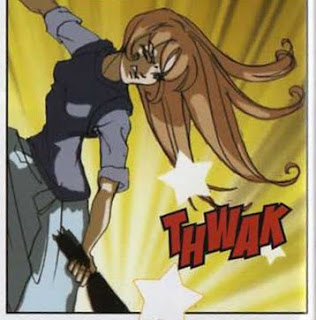 She's all slapping him around like a big furry woodland prostitute that's held back some berries from their squirrel pimp and then goes old school. At this point there's practically a dude in a cowboy hat shouting about how business has picked up, but the bear has learned his lesson and runs away, leaving Nancy, George and Bess to continue walking around the woods looking for their missing friends, because Comic Book Nancy Drew uses bear attacks in the same way normal people use coffee - it's how she starts her day.
So I'm not saying Nancy Drew is tougher than the Punisher - science is saying Nancy Drew is tougher than the Punisher. Labels: nancy drew will kick your ass, no really she will beat you with that bear