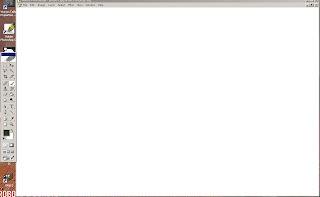 Sketching today. It was supposed to be Saucy Monday, but I think we can go ahead and assume that didn't pan out. On the non-saucy front there's some Nancy Drew sketching 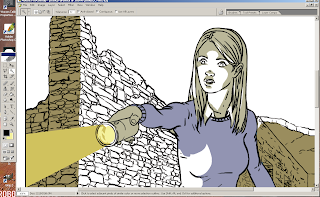 but it only occurred to me later that I really should have gone for MK1 protofeminist Nancy instead of the later domesticated Mary Sue that reared her head in the 50s - if nothing else, it'd be an excuse to do some 1930s period trappings. A pin shall be stuck in that one, I think.

Watching:
Ugly Betty - I watch a lot of teen soap operas don't you judge me, and offhand I'd say you can pretty much tell when your show is in the shitter and headed for cancellation with these two words: lesbian kiss. Can't say I've seen the male version that often - actually, I can't say I've seen it at all, so it was a surprise to see it in this, but even if it does nowt for me personally, it's long overdue on telly. Just hope it doesn't spell the end of Betty, as it has it's moments.
Jay Leno - inoffensive chat with the big-chinned one and the always-affable The Rock in Duane Johnson mode "Damnable sell-out, how dare someone I like become successful" etcetera. Some MOR styling from Switchfoot, who are off my radar, and some cute kids who are politely applauded even though their humiliation and tears would be far more entertaining.
NCIS Los Angeles - the trailer for this is just a black guy walking along and then getting riddled with bullets. No deadpan delivery or misanthropic quips, in fact no appearance by the main cast at all - it's like someone saw this kind of tv show and thought "I can do that" and then made a straight A to B plot with no surprises or invention along the way, just assembled stuff that looks a bit like random elements from other procedural shows. That's not what's disappointing, mind - what's disappointing is that Chris O'Donnell isn't apocalyptically terrible so you can't even watch on the basis of it being a car crash. He's just sort of there, as is LL Cool J and Linda Hunt, who is one of those actors - like Lance Henrickson in that bullshit with the spiders - who's such a reliable quantity to the point that even though they're only actors and they aren't owed anything by the world in general, they really can do so much better than this and you're baffled how or why they're there at all. I have a theory that they shot it in her living room knowing she'd wander through the set at some point, though this doesn't explain her presence in The Practice. Possibly her house is very big.
Posted by Brigonos at 3/18/2010 01:05:00 pm