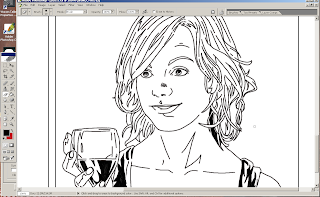 Watching: Barbarian Queen 2 - though I have no clue at all why this is the case. Am I watching this out of ghoulish 'played by the woman Phil Spector murdered' curiosity, or because the legendarily terrible Death Racers hasn't finished downloading just yet? Whatever the slim rationale for subjecting myself to it, this is pretty bad stuff whose reputation as a camp classic is a little baffling as it's just the aimless kind of bad, rather than the aggressively terrible to the point of funniness bad, or the self-aware and knowing kind of bad.
There's a bratty princess played by someone a bit old to be playing princesses at this stage of her life and career who ends up running away to be a barbarian (while also simultaneously being a queen - do you see?) and a really drippy and traitorous prince who for some reason is rewarded for being pretty ineffectual (and in league with the dudes who murdered the old king) with the love of the bratty and not entirely convincing Barbarian (and Queen) of the title, and there's also an evil little girl who seems to have somehow wandered off the set of her parentally-approved starring turn as a pre-teen bitch in a mid-80s summer matinée about orphans into the set of a no-budget softcore porno but plays the same part regardless and makes the best of a bad situation by joining in with the torture of topless women and insisting grown men show her physical affection if they want to be her husband a few years down the line. Then she wishes to be older so men will want to have sex with her and this is what actually comes to pass and wow but it could only get less creepy from there.
(Seriously, young girls in grown women's bodies is my all-time favorite super-creepy trope, probably epitomised best by the scene in 13 Going On 30 where a young girl wakes up as Jennifer Garner and then runs around her apartment being chased by Garner's naked boyfriend - because there's nothing funnier in tween wish-fulfillemnt comedies than scenes in which 13 year old girls are scared shitless they're going to be raped)
Barbarian Queen is pretty darn awful, but to be fair I wasn't under any illusions going in that this was probably the only reason I was watching it. I can't think of any standout awful scenes to hold up for ridicule, either, and that's probably the most damning criticism I can think of. It was on, I watched it, then it was over, and once I stop writing this blog entry about it, I'll pretty much just move on with my life and never think of it again. 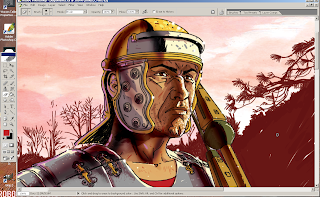