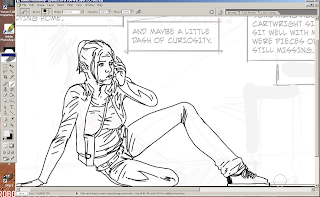 Watching: Meteor Storm/Mammoth - considering both begin with this: 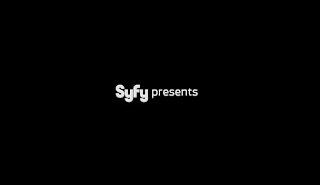 I think a review is largely pointless. And now a rant:
There's something to be said for pitching right at your audience and giving them exactly what they want and expect because they are after all consumers - in fact, you might even say if you were a channel dedicated to a specific genre, pitching directly at what your audience want is kind of your entire deal anyway, so it is utterly amazing that SyFy seem to know nothing about their audience. A total lack of genre awareness just cannot work on a channel dedicated almost entirely to reruns, but arguably worse is when they attempt genre awareness and it couldn't be less subtle than if the characters winked at the camera and said "that there was a reference to Body Snatchers", which is pretty much Mammoth's problem, in that it is painfully not witty, while Meteor Storm's problem is that it's too po-faced and at a couple of points it becomes bizarre PG13 snuff porn dedicated to watching slim characters slowly fail to save themselves from death. Both are awfully acted and directed, but this doesn't matter as the scripts are just terrible. Seriously, how many people does a script go past and not one thinks to point out "That. That is shit. Rewrite that - that's your actual job. So do that now."?
I should probably balance a rant about SyFy by pointing out unquestionable successes the channel has had in the past, but there's a slight problem there in that they've only had one, Battlestar Galactica, and they didn't want to make it - the sets were recycled from John Woo's never-seen pilot for a relaunched Lost In Space series, and UK digital channel Sky1 bankrolled the first season. I have my problems with BSG - the charmless characters, leaden dialogue, every female character being some sort of lust object or mum, the humourless fandom who indiscriminately soak it up and then say 'frak' while mocking Trek fans for being nerds - but it's a success and only an idiot would argue otherwise.
So... no - no balanced review of SyFy's uniform terrible programming for this blog. Any channel that makes and airs movies where the viewer has zero expectation of quality and is still somehow disappointed by the product again and again and again doesn't really deserve that courtesy.