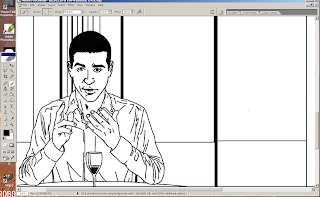 Watching: Robocop 2 - reviled at the time because it lost some of the inherent realism that the first movie derived from the premise of a robot zombie with a machine gun stabbing psychopaths to death with his deeply impractical USB jack, time is kind to this lovably hateful piece of trash, especially when some of the FX work like the stop-motion Robocop 2 end of level baddie have a really dated feel that adds a certain charm.
It's still really fucking dumb, there's no getting away from that, but it's a consistent kind of dumb that feeds back into its own relentless misanthropy as it paints its picture of a gang-ridden and violence-choked dystopia in 'Old' Detroit as it's willfully razed by corporate America so they can build on the ashes, regardless of the lives destroyed and culture swept away in the process. Despite not having cellphones and internet as prominent components of the background noise (science fiction can't be expected to predict everything, after all), the movie is still a damn good picture of a whitenoise information-overload society falling victim to its own cynicism and apathy, and the gangs of violent, foul-mouthed feral children roaming the streets is the only let-down as that's pretty much what we all expect the future to look like by now and it's a bit at odds with the sheer brutal stupidity of everything else, which operates at the level of a comic book that no-one is asking you to take seriously.

There is just something inherently funny about Robocop saying "Isn't this a school night?" but like the rest of it I guess you either get it or you don't - though it helps to be indulgent and remember that the movie you're watching has a number in the title.
Posted by Brigonos at 3/06/2010 11:28:00 pm