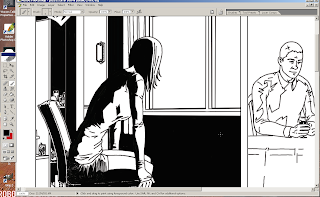 Watching: Lois and Clark - a lot better than I remember it being at the time, though to be honest, nine years of Smallville will do that.
For Saucy Monday, which I do every Tuesday except last week when there was a rush for me to do Actual Work instead, I've done a sketch this week of Minxy Flatbush: 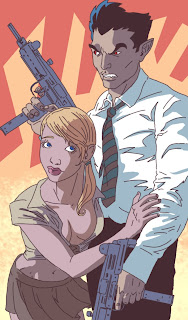 well known this side of the Atlantic as the daughter of the Mayor of England and consort of half-vampire, half-wizard private detective skateboarding champion Solomon Stone, whose biography can be read here, though be warned that the writer has clearly reined in the more fantastic elements of the man's life to appeal to the intellectual crowd.
Posted by Brigonos at 3/02/2010 02:38:00 pm