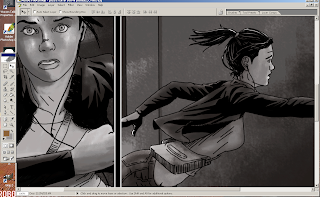 It's probably no great surprise that I subject Beware the Blob to a slightly different standard of criticism than the race-hate rape pantomime shenanigans of A Time To Kill, though it's largely redundant to lower my standards at all given that as abominably terrible as BTB is, it's still a more coherent and artistically valid example of cinema than Matt McConaghy's cold, dead eyes trying to express anything but the void. BTB is what it is, much as Friday the 13th and its sequels are - pitched at an audience that knows exactly what it's getting and doesn't expect anything beyond that, while A Time To Kill is also what it is, but what it is is a load of shit.
The basic plot is: Blob defrosts, nom nom fly, nom nom kitteh, nom nom wife, husband watches first Blob movie on the tv (?), nom nom husband - you get the gist. It's a B-movie, obviously, but even allowing that, it's entertaining, and that's really all I demand of my entertainment. If it wants to preach at me, fine, but it better be informative, just as it needs to be emotionally resonant if it wants to make me cry for a bit. Beware the Blob does neither of these, but it does have a drunken Burgess Merideth in a poncho falling over onto the camera.
Why? I don't know. But this is pretty much the entire film: 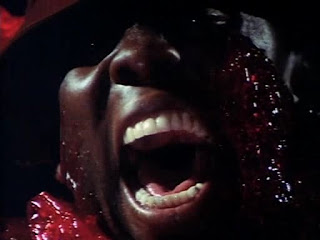 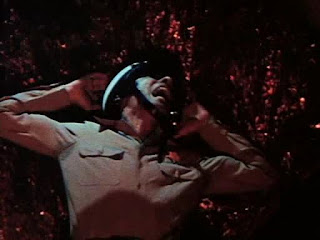 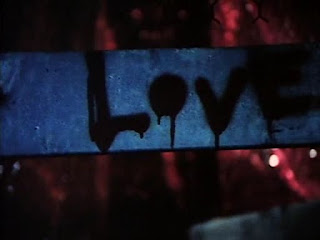 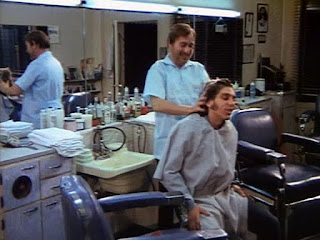 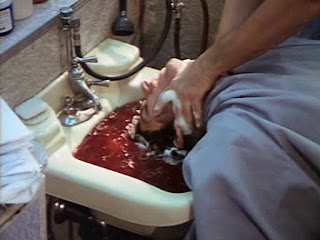 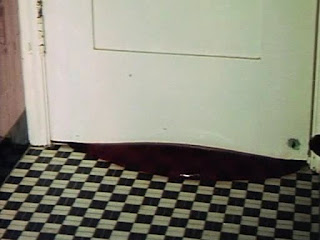 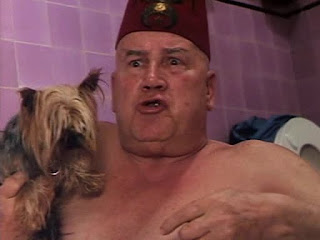 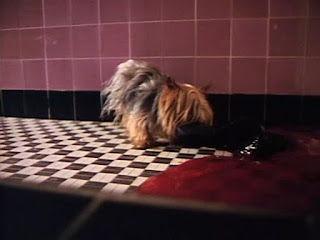 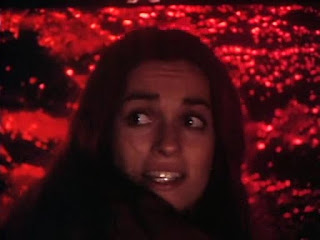 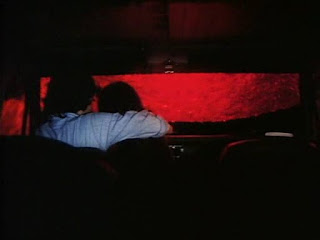 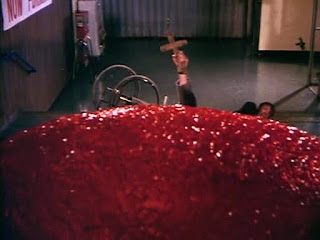 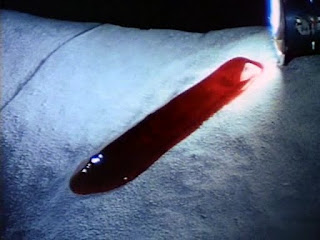 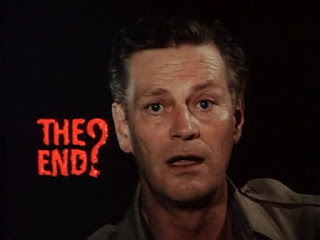