I need a moment free from the internet, the people I am in conflict with are too infuriating to ignore. 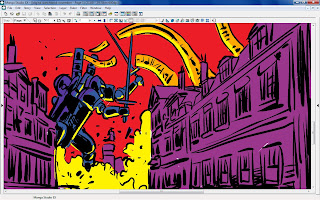 The black rhino is extinct.
It is extinct is what's wrong with it.  It has passed on.
It is no more.  It has ceased to be.  It has expired and gone to meet it's maker.  It is a stiff. Bereft of life, it rests in peace.  Pushing up the daisies, it's metabolic processes are now history.  It's off the twig, kicked the bucket, it's shuffled off this mortal coil, run down the curtain and joined the choir invisible.  This is an extinct species.

I hide my pain with mockery because I have long dreamed of fighting a black rhino after seeing one in a documentary trample a poacher to death and I thought "that guy.  That guy doesn't take any shit.  We could be buddies, me and him - right after we establish who's boss."  It's on my bucket list and everything, I just thought I had time, you know?  That I would get around to it one day.
I will admit I would probably have had a bit of trouble taking one in a straight fight but I know I'd still have beaten it because I'm that hard, yet I honestly cannot get my head around that I will never have the chance to stand toe-to-toe and gaze into those craggy eyes embedded in a face molded by the wilds primordial and engage in the gentlemanly dance of combat.
You poor, beautiful, leathery bastard.  You should have lived.