There's only one word for it: terrible and horrible. 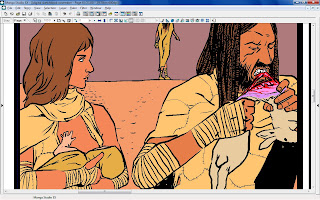 Uncle Simon is utterly mental television.  On the surface, it's a blackly comic tale of one person being trapped in their own Hell (a recurring theme in Twilight Zone as recent as two episodes previous, in the Mickey Rooney one-man episode Last Night of a Jockey), but put it in the context of Rod Serling being the writer and it becomes a fascinating exhibit of someone taking the piss out of the theater of cruelty mentality because they don't particularly buy into the notion that this is how things work.
Serling's work, for me, is best viewed through the lens of his history as a man who willingly signed up for World War 2, saw death in it, was wounded repeatedly and then came home and wrote one script after another on the evils of racism, war, and the consequences of violence, and I prefer to use this lens both as context and because it helps dispel the oft-held notion that as you get older you become more right-wing, a concern for me personally and - I hope - humanity in general.  A right-wing nut may have played the lead role, but the writer of 1968's Planet of the Apes was anything but, and I find that quite heartening.