I never drink during the daylight hours. Yay winter. 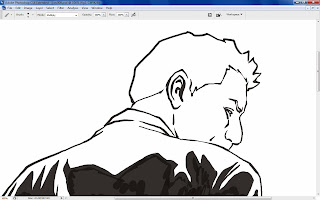 Here's something a little interesting - by which I mean probably not at all - that I noticed while catching up with my illegally-downloaded tv viewing: Witches of East End (yes, someone did actually make a product and use that name for it and even better it is not just a carbon copy of Charmed it is also a spin-off from a series of novels about teenage vampires) is a show about magic, yet the characters don't have to learn how to use magic they just can because it's in their blood - which isn't magic but genetics - and there is also much talk about the importance of not abusing magic because there are rules about how magical energy has to be manipulated rather than simply created, it has to be transferred from somewhere else - which is actually pretty sound physics.  The Tomorrow People, on the other hand, is - apart from being a remake of the British kids' show of the same name from the last century - a show about the fantastical effects of genetics, yet the powers on display are pure fantasy - teleportation, time freezing, etc - with no scientific basis, and the main character whose name escapes me - dear God I just watched four episodes and I don't even know the name of the main character - sleep-teleports to other apartments despite being based on an object traveling through space at seventy thousand miles per hour and thus would be more likely to teleport into the Earth's molten core or into the frozen nothing of space if he was simply dematerialising during slumber and reappearing somewhere random.
Anyway, my great observation that is definitely worth your time is that the show about magic works according to an internal logic based on science, while the show based on science is basically about magic.  And no, I did not get laid at the weekend FUCK YOU.
Posted by Brigonos at 11/05/2013 01:06:00 am

Labels: back to daily blogging for Bryan, screen grabs, stuff