No Belgian is that bad at backgammon 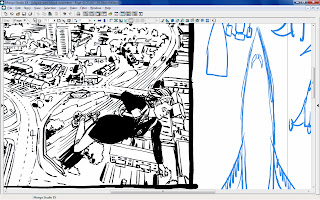 I rewatched Predators to see if it was as bad as I remembered and to be fair to it, it isn't as bad as that - it was worse.  Walton Goggins looking up at some trees and going "Oh ma gawd" and almost falling asleep right there onscreen while doing so is a low point, as is the handy appearance of the man who ate Larry Fishburne's secret hideout being a large metal structure on high ground, but I did laugh at the unironic use of the term "die, space f*ggot".  That's something, I guess.
Still, it's an enjoyable enough B-movie if you ignore its pedigree, though admittedly that's hard when you remember Predator and Predator 2 are high enough quality that they make me forgive and forget the dreadful Alien Vs Predator films.  I once read somewhere that AvP is considered Predator canon but not Alien canon, though I'm buggered if I can figure out that logic.  If I had to guess, I suppose they didn't want the canon of a movie series that includes Alien 3, Alien: Resurrection and Prometheus being diluted with inferior films.
Posted by Brigonos at 11/20/2013 01:19:00 am

Labels: homophobic slurs I will regret using when I peruse my blog in the year 2022, nothing to see or read here, obligatory daily post, screen grabs, waffle