Hashtag the Hell out of him 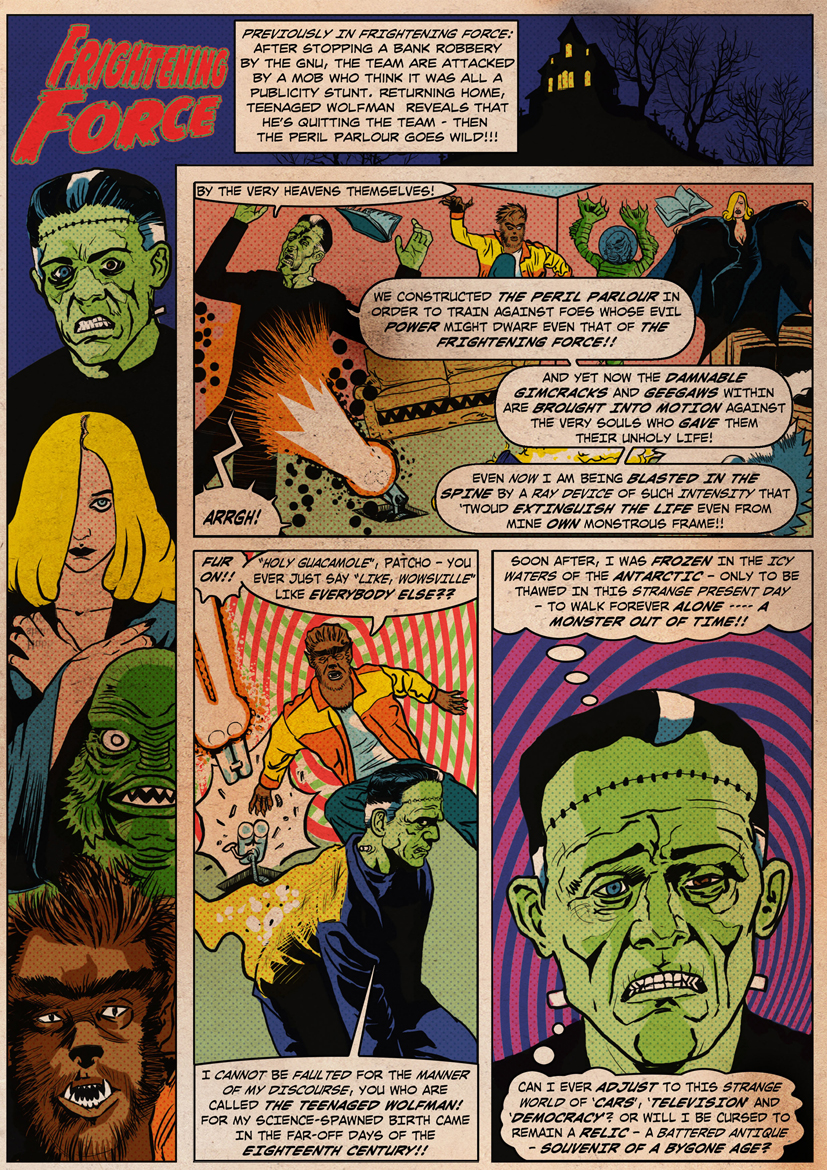 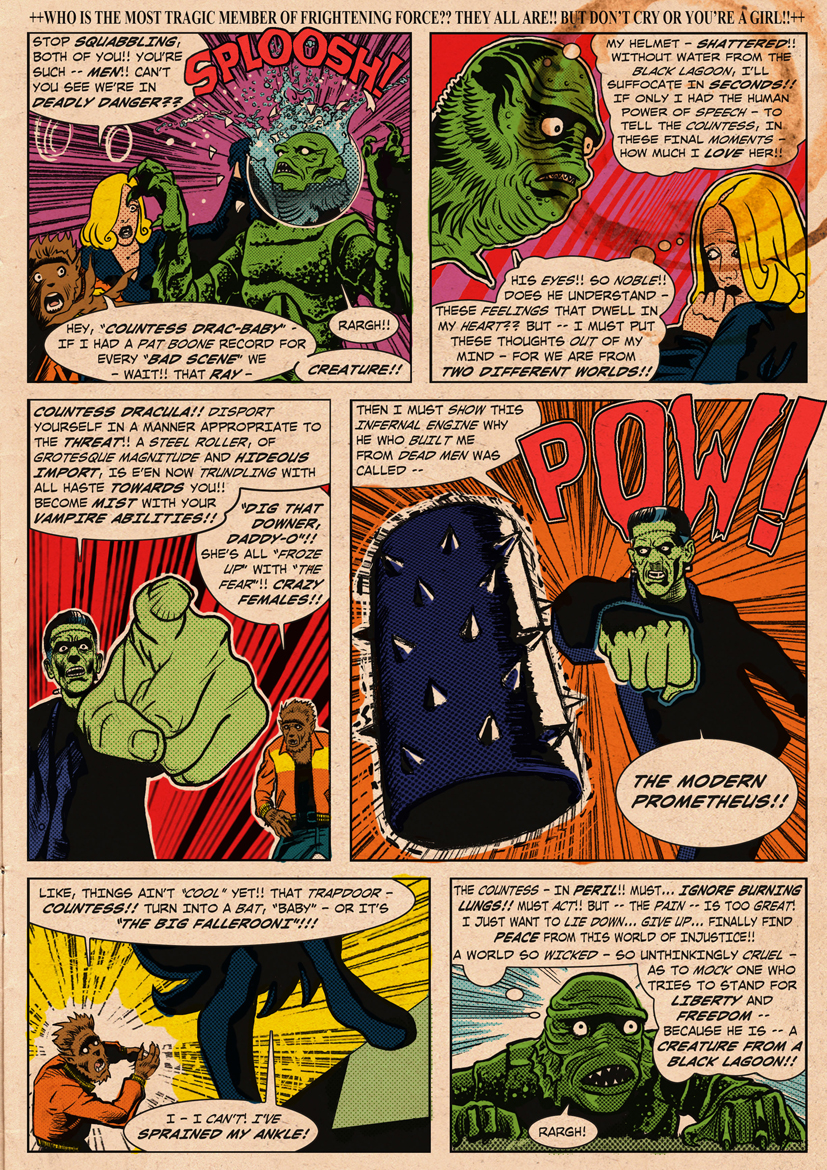 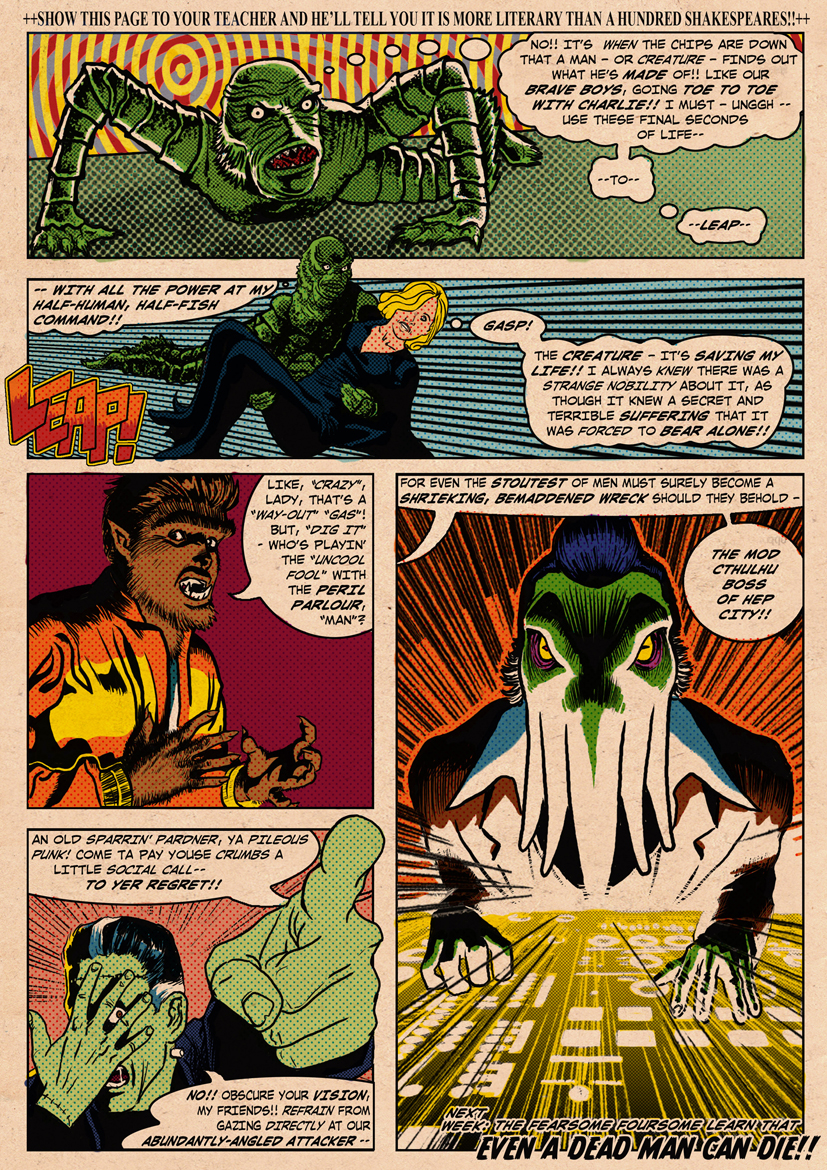 I didn't want to run this bit of filler for reasons that I would hope would be plainly obvious to those with functioning eyes and a basic knowledge of how things like art and lettering are supposed to work, but I don't have anything else to run in its place so here we are.  Written by Al Ewing before he started slumming it writing Judge Dredd and Avengers comics for money so he could finally do all those things he'd dreamed of like eating each day, if I had half an ounce of sense I'd try and pass off my contribution as the result of this being done back in 1978 or something, but instead I must cop to it being a more recent 2007-ish vintage so you can at least believe I've wised up a bit.
Should you against all reason still want to see artwork by the person who committed the above, it can be found in the Something Wicked omnibus from FutureQuake Press for e-readers and tablets, and which includes much-better illustrated stories written by Al, such as personal favorite The Big If, a neat alternate history tale for anyone with a passing knowledge of the American comic book scares of the 1950s, though it also works just as well if you know Fanny Adams about such things.
Posted by Brigonos at 10/30/2014 03:53:00 pm