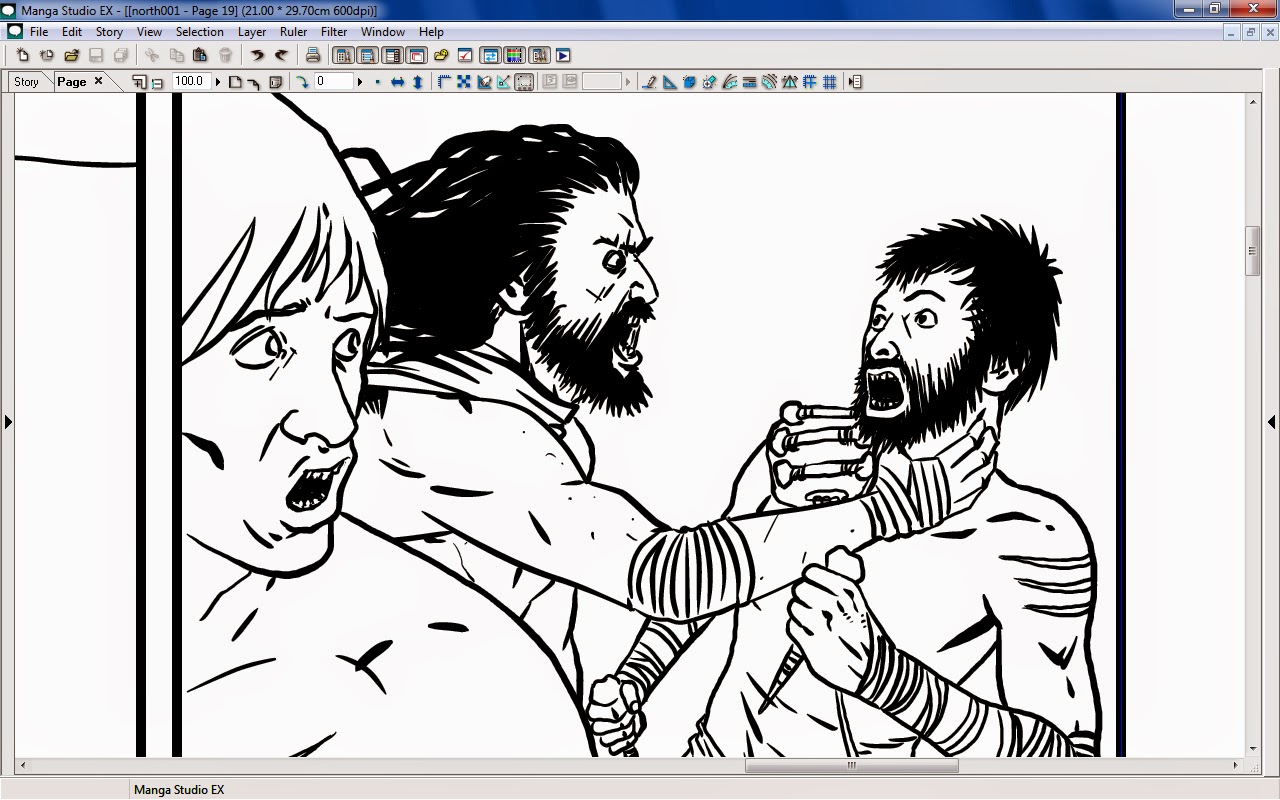 Forever is basically Castle if the character of Castle from Castle was also the character The Highlander from The Highlander, and is about a guy who keeps dying and coming back to life, and the first time this happened is when he was transporting slaves hundreds of years ago, and no, that moral minefield is never mentioned again beyond this scene.  He dies and comes back to life and assumes that this incident was somehow the cause of his immortality rather than simply the first instance of his resurrection, but don't look too hard at this kind of reasoning because the show is rife with nonsensical and often contradictory deduction, like that bit where the doctor deduces that someone has tried to make a murder look like an overdose of heroin when he sees that the heroin has "pooled in the muscle" because it was injected postmortem and thus didn't enter the victim's bloodstream on account of his not having a bloodstream by this point, and then less than two minutes later, the doctor instructs his aide to catch a rat that chewed on the victim's face in order to obtain a sample of the heroin that wasn't in the man's system.  In a previous episode, a guy has his briefcase stolen by a mugger who runs off when the guy dies of a heart attack.  Later, the doctor opens the briefcase that was brought in with the older man's body to see what's in it, and don't even get me started on the heavy use of coincidence to bridge story elements, the biscuit possibly being taken by characters simply running into escaping suspects on the notoriously deserted NYC subway system.
Forever is not a good show if your attention span is 80 seconds or more, which is probably why they front-load each episode with pictures of the lead male with his shirt off instead of a blank screen with the words "ELEMENTARY IS ON A BREAK SO PLEASE WATCH THIS WHILE YOU WAIT FOR THE NEW SEASON" emblazoned across the tv, and the way they haven't made a single reference to Elementary or Castle a full five episodes in makes me think the people making Forever are being a bit precious about their piggybacking on the success of other, better NYC-based murder-mystery shows, because the goofy and light-hearted atmosphere of proceedings is screaming out for some conspicuously-absent lampshade-hanging or at least a bit of genre-awareness.
Forever is televisual landfill, a placeholder until you find something else to watch in its stead and the way it's written and the way it shirt-offs its lead at the drop of a hat (without ever asking why he isn't on a sex offender's registry for streaking public places every week) suggest that those making it at least know that much and have built their product accordingly.  It is not good, but it is amusing and passes the time, and I suppose that's the best they were hoping for even if we might have been holding out for something better with such a romantic high-concept premise at the heart of what is essentially an identikit mystery show you've seen many times before even in the current televisual season.  There's plenty of other shows coming up with an identical setting, too - iZombie is likely the one that springs immediately to mind as it's going for the teen viewership for some reason, but I'm not sure who Forever is aimed at.  I suppose that's just another one of life's mysteries.