I fought in Vietnam so you two could speak English 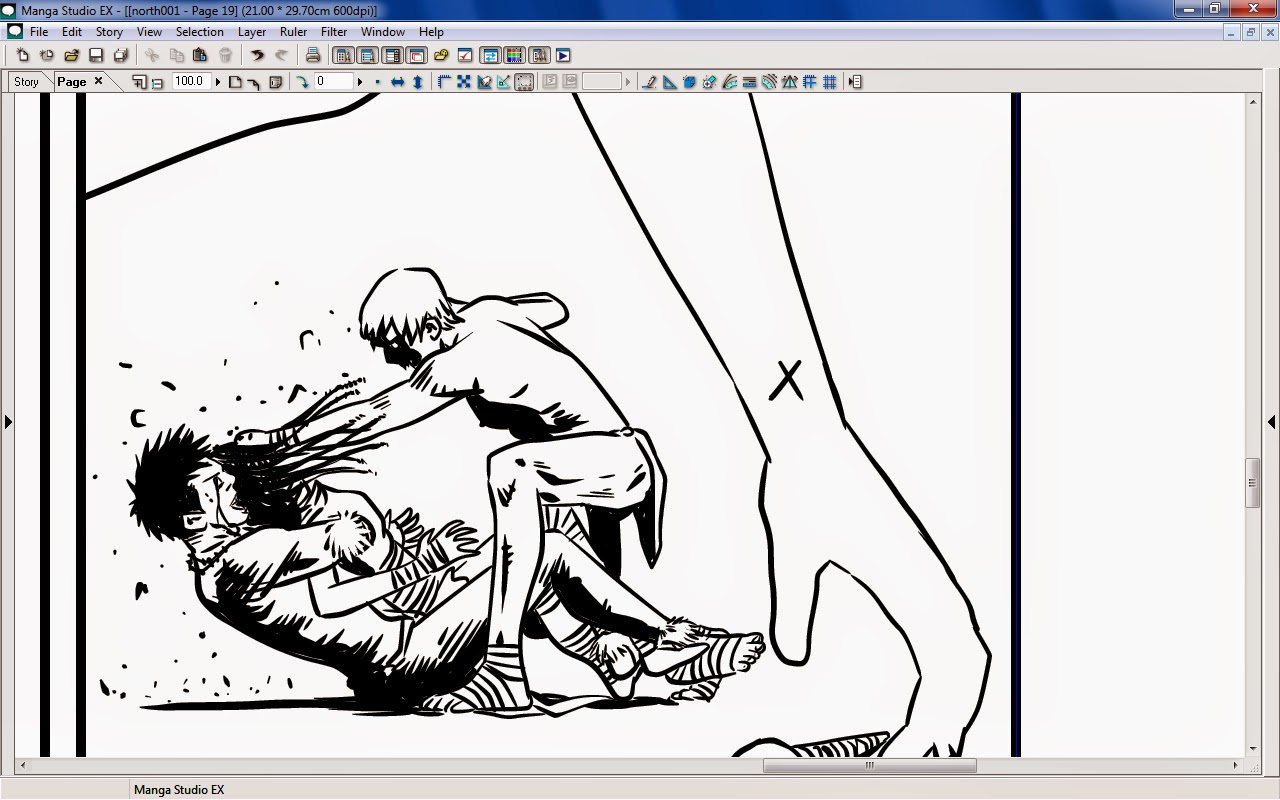 I promise I'm not really taking a whole week to finish a single page, even if it does have 16 panels on it - I just don't screengrab stuff that I do for other people and boot up stuff I tinker with in spare minutes to convince you I'm actually working away and aren't a hugely lazy get.  This does not stop my employers putting pictures on their Facebook, all the same, and said tinkering project seems to be nearing a point where it's finished, too, so God help me I might have to actually self-publish something again.  Is there a market for cavemen comics?  Here's hoping.

Blood and Chrome I enjoyed a great deal more than the series that originated it, as while I appreciated Battlestar Galactica's high production values, its pretentiousness seemed an ill fit with an embarrassing reliance on tropes like sex robots, a sub-Terminator backstory and "they look like us" plot dynamics that stopped being interesting somewhere around 1960 and didn't get fresh again just because characters didn't make jokes onscreen.  The use of made-up swearwords was also deeply, deeply irritating, as for all its po-faced space-politics, the overuse of the word "frac" as an analogue for "fuck" reduced dialogue to something on the level of twats in elf costumes shouting "SMEGHEAD" at each other in public and unable to grasp what they sound like.
This episodic mini-movie is pretty entertaining, though - while it still has the annoying made-up swears that only just sound acceptable in the 1978 original on account of it being a big load of cheesy shit, Blood and Chrome at least drops the sex robot nonsense and returns to its roots as a pulp romp, with some fantastic production work realising an ice planet, establishing shots that look like they jumped off a 1970s sci-fi paperback, and at least one great action setpiece in the form of a dogfight in and around the wreckage of a starship, no matter how hard the laughably overactive cinema verite camerawork tries to ruin the action scenes.  Some of the sets look a bit dodgy, but otherwise it's an eventful and undemanding 90 minutes.
Posted by Brigonos at 10/18/2014 12:43:00 am