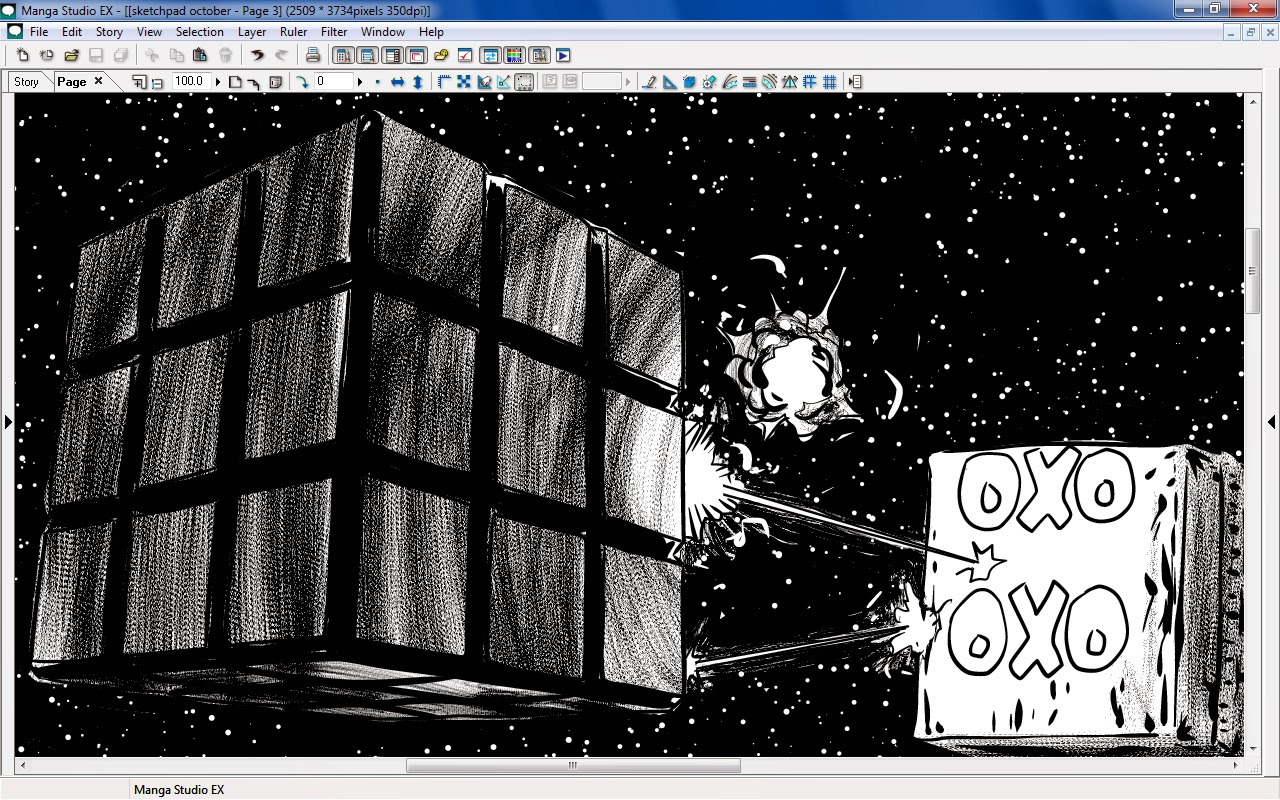 I did like the humorously meta "we knew this day would come" line delivered by Chakotay when faced with the prospect of Borg storylines at the introduction of season 4 of Star Trek: Voyager, but it's hardly the only metacommentary to be found around this time, especially in the episode "Worst Case Scenario", when characters argue about the internal logic of stories and the importance of consistent characterisation, which is just hilarious in the context of an episode of Voyager, doubly so knowing what's coming in the next couple of seasons of the show when it would often become lcd trash in pursuit of viewers, losing the warm and emotionally mature character of Kes in favor of something more friendly to the halfturbating fanboys that were presumed to be the only people watching televised sci-fi at the time.
The much-vaunted Year Of Hell two-parter is a lot flabbier than I remember, and doesn't line up with the show's canon, which wouldn't normally be much of a problem except it's a storyline that's a year-in-the-making thanks to an unusual and welcome amount of inter-episode continuity for a Trek Show not called Deep Space Nine, specifically a (pretty decent) time-traveling Kes adventure back in season 3, and on top of that, Chakotay removed from Voyager  to the midst of the enemy timeship and trying to solve a problem with science sounds more like a Janeway resolution to conflict, Paris using engineering trickery to help him sounds more like a Torres story, and we've found out from the earlier time-travel episode that it's Janeway and Torres who are absent from Voyager during this storyline, so there's the suspicion that rewrites went a lot further than the obvious substitution of Seven of Nine for the departed Kes that we can discern from such scenes as the "chroniton torpedo" bit where it's supposed to be Kes, not Seven, that has a close encounter with a time-weapon (the earlier time-travel episode cannot have happened without this encounter occurring).
Continuity quibbles aside - in time-travel stories all questions about why story specifics are bullshit can be hand-waved as being the result of "timey-wimey stuff" - the average episode is - no pun intended - top-heavy with Seven Of Nine appearances after her introduction.  It's not that Jeri Ryan is awful as an actress, as she clearly has charisma enough to sell the idea she's an imposing presence rather than someone who wandered in from an underwear photo shoot next door (a common problem where I live), but the earliest scenes on Voyager with the Seven of Nine character when the actor is trying to do something onscreen have considerably more depth and nuance than later, when ironically the character is supposed to have more depth and nuance.  In the beginning, the writers, the actor, and the show are all clearly trying to do something and find their feet with a new dynamic created by the emotional vacuum of the departure of series regular Jennifer Lien's elfin androgene Kes, but this experimental period quickly comes to an end and instead the last character through the door dominates the show from this point onwards.
While watching CSI MIami in its entirety - an endeavor which I admit stalled around season 3 - the lead performance of David Caruso clearly evolved in response to what his character was given to do, requiring emotional depth only in the opening episodes when he was given sad children to riff with, but Caruso quickly nails down the minimal requirements of his role and then refines them to create a consistent center around which the rest of the show could revolve and I would be remiss if I did not mention this as a possible rationale for Jeri Ryan's eventually-minimal and cold performance, though it does rather hinge on the idea of this being Star Trek: The Seven Of Nine Show rather than the fourth season of an ensemble piece that already had at least one Mary Sue (Janeway) and one egotistical socially-awkward robot type (the Doctor) in the core cast.  It makes no sense that so much of the episodes would be devoted to her, with episodes centering upon other characters moving along nicely and then suddenly someone says they have a problem that usually they could solve on their own while standing behind their space-desk, but for some reason from this point onwards they just look sideways at whoever they're talking to and say "you know who might be able to help me with this?"  There's often some fumbling attempts to hide this shoehorning by the lines being something like "hey, you know we could ask Seven of Nine to take a look at this" or some other supposedly offhand way of making it look like an afterthought on the part of the character rather than a directive from the producers to involve her somehow in stories where she has no place, almost like they're aware of the shadow cast over proceedings by the character and want to downplay it.  If I didn't know any better, I'd call it embarrassment.
To Voyager's credit, in fetishising 7, they don't actually have an episode that revolves around a visit to a mudwrestling planet, but on more than one occasion IT IS A VERY CLOSE THING, and yes I am looking at you, episode starring the Rock...
Posted by Brigonos at 10/11/2014 01:00:00 am